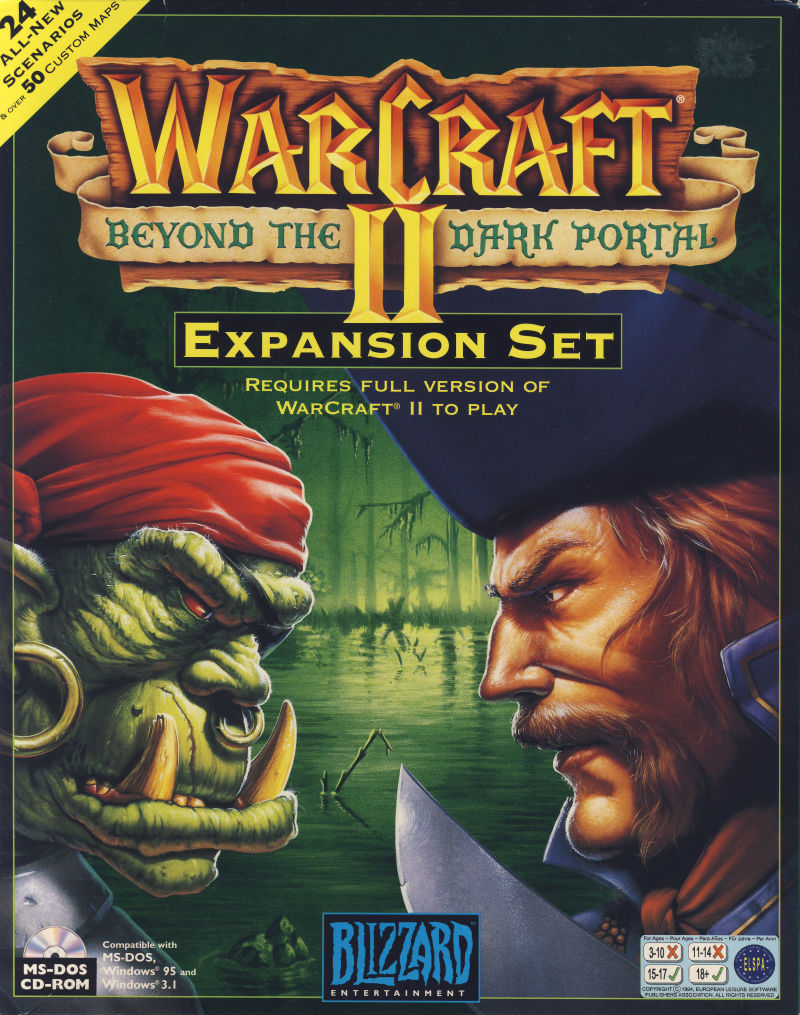 Elvenscouts bring chilling news from Azeroth. A tearing of shadows heralded the arrival of the mighty OrcShamanNer'zhul and his guard of Death Knights within the Royal Library of New Stormwind. Unleashing their black magiks, they slaughtered all who opposed them and then fled into the night with their prize - the Book of Medivh.

This serves to confirm what Khadgar has gleaned from the Battle of Nethergarde. He is convinced that the Horde is attempting to learn how the great sorcerer opened the rift between our world and that of the Horde, known in the Book of Medivh only as Draenor. 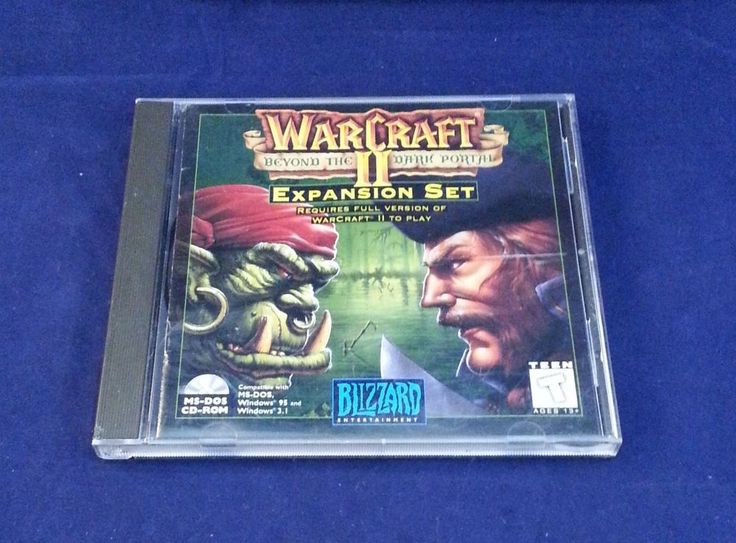 With countless domains to plunder, the Horde would become an unstoppable power. The High Command believes that our only recourse is to venture through the Portal - both to reclaim the Book of Medivh and to ensure that the Horde can never again threaten Azeroth.

Can you say deja vu? If you've played Warcraft 2 (which is mandatory for you to load this expansion pack), then you'll be right at home playing this add-on. That could be good news or bad, depending on your point of view. On one hand, this expansion provides, well, an expansion of the fun experience of playing Warcraft 2. On the other hand, though, you'll have to decide if there's enough originality here to warrant the $34.95 investment.

Driving the Orcish hordes from your beloved land of Azeroth was not enough, apparently. As the human forces in Beyond the Dark Portal, you must travel through the portal itself and teach those pesky orcs a lesson on their own home world of Draenor. From the orcish perspective, naturally, you must reestablish your presence in the human world of Azeroth, from whence they kicked your collective butt in Tides of Darkness.

Exactly like Warcraft 2, with the additions of several new Legendary heroes and new orc tribes. The heroes, though, beyond giving you something to protect during a mission, are no great addition to the gameplay. I was hoping to see some new structures, spells or weapons, but alas no! That was, undoubtedly, my biggest disappointment with the expansion pack.

The graphic world of this expansion is exactly modeled after Warcraft 2 itself, but there are some nice additions; most noteworthy is the addition of the orcs' world of Draenor. Draenor is different in some not-so-subtle ways from Azeroth. Trees are replaced with mushrooms (but you harvest them as lumber); waters are green instead of blue (but act no different); and the rocks and terrain look a little different than before. Overall, the color palette of Draenor uses more of the orcish hues of red and green, rather than the human-like blues and earthtones. Together, these factors do give one a slight sense of being in a strange land, but also come across as mere cosmetic changes to the old familiar landscape.

No great differences from Warcraft 2, with the exception of the added voices of the new Legends—like Alleria, the female ranger, whose gruff commands kind of excited me :-)

No problems if you successfully played Warcraft 2 on your system.

This expansion pack is really a glorified patch for Warcraft 2. Upon installation, it overwrites some of the Warcraft 2 files to allow you access to the new levels, etc. The documentaion is scant, consisting of a short description of each new Legendary hero, and a run-down of the various orc nations you will encounter on Draenor.

The new features of Warcraft 2: Beyond the Dark Portal, unfortunately, are little more than window dressing. They do not change any fundamental facet of the gaming experience, only the appearance of some of the characters and landscapes. This is not to say, however, that I did not enjoy playing through the new levels. I just want to caution those who are considering plopping down money that what they will get is more of the same experience they got with Warcraft 2. That may well be reason enough for many gamers to buy the expansion, however, so you must decide what is important to you .. As a product in its own right, I will give Beyond the Dark Portal a score of 74 for leaning a little too heavily on its popular predecessor.