Mario, after jumping from the 8-Bit to the 16-Bit platform now makes his appearance on the Ultra 64. As you can see, this is a real 3-D world. The shadows are realistic, and check out the smoke from the giant Bullet Bill. Imagine what the Piranha Flower would look like in 3-D as it comes at you!

Using the powers of the Ultra 64, Mario's little personality quirks and animations are really brought to life. For example, Mario can toast his butt on the little fires in order to propel himself across chasms and fire pits.

The 3-D world forces you to cope with threats from all directions with enemies that can now completely surround Mario. Think what some of the end Bosses would look like and what type of battles you will get into. For example, there are fabulous screens of Mario going up against a giant rendered Bowser.

The levels from Mario are themed much like the rest of the series with levels composed of lava, grassy plains and everyone's favorite: underwater scenes. This new game gives Mario an exciting quest with lots of plot elements.

Another interesting change from the original Mario games is that he can no longer breathe underwater. He has to surface every once in a while. This is much more realistic than anything seen before.

The graphics are composed of rendered texture-mapped polygons, which allows for the 3-D world. One particularly interesting level has an area where Mario must slide down a mountain to collect bonus coins. The Ultra 64 controller is really put to the test here in order to keep our hero on course. Every button is used for some cool effect. Also new is the fact that for the first time ever, Mario can look up and down to see dangers from above and below. Remember that this game is just like real life now.

Mario's new adventure pits him against his age-old adversary Bowser. It seems like the evil turtle king has taken over yet another domain in the Mushroom Kingdom. As the levels progress, Mario finds out more about what Bowser's up to. His henchmen are all over, with some interesting new opponents, like vicious penguins in the Ice World. Mario will find clues inside a submarine sunk deep beneath the ocean's waves, making for a challenging aquatic adventure. Each level contains its own unique traps and pitfalls. Think the Thom blocks are deadly now? Just wait until you see one hovering over your head about to strike. Fortunately, Mario will acquire power-ups as well. Mario may get some of his older powers back like fireballs, but expect to find neat new tricks, like picking up enemies including Bowser. Yes, that is how you defeat him--pick him up, twirl him by the tail and throw him off the platform. 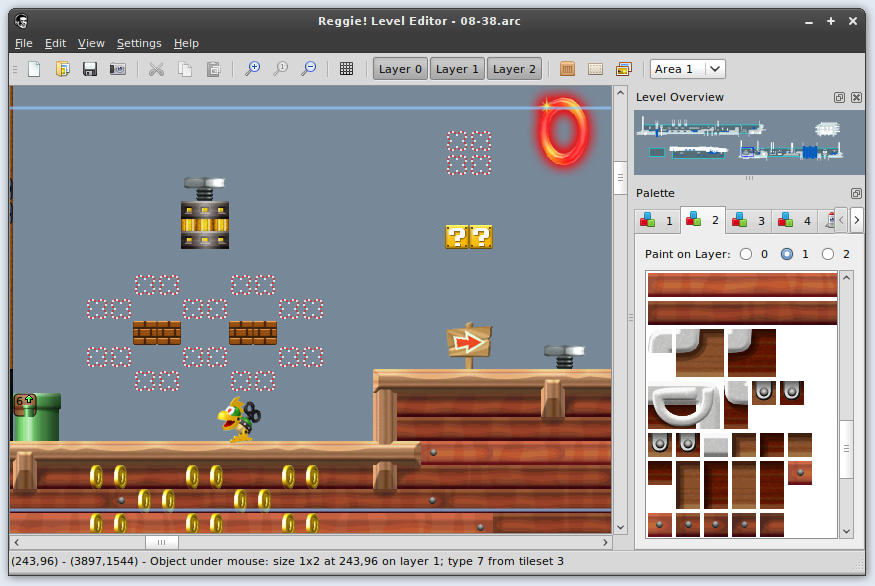 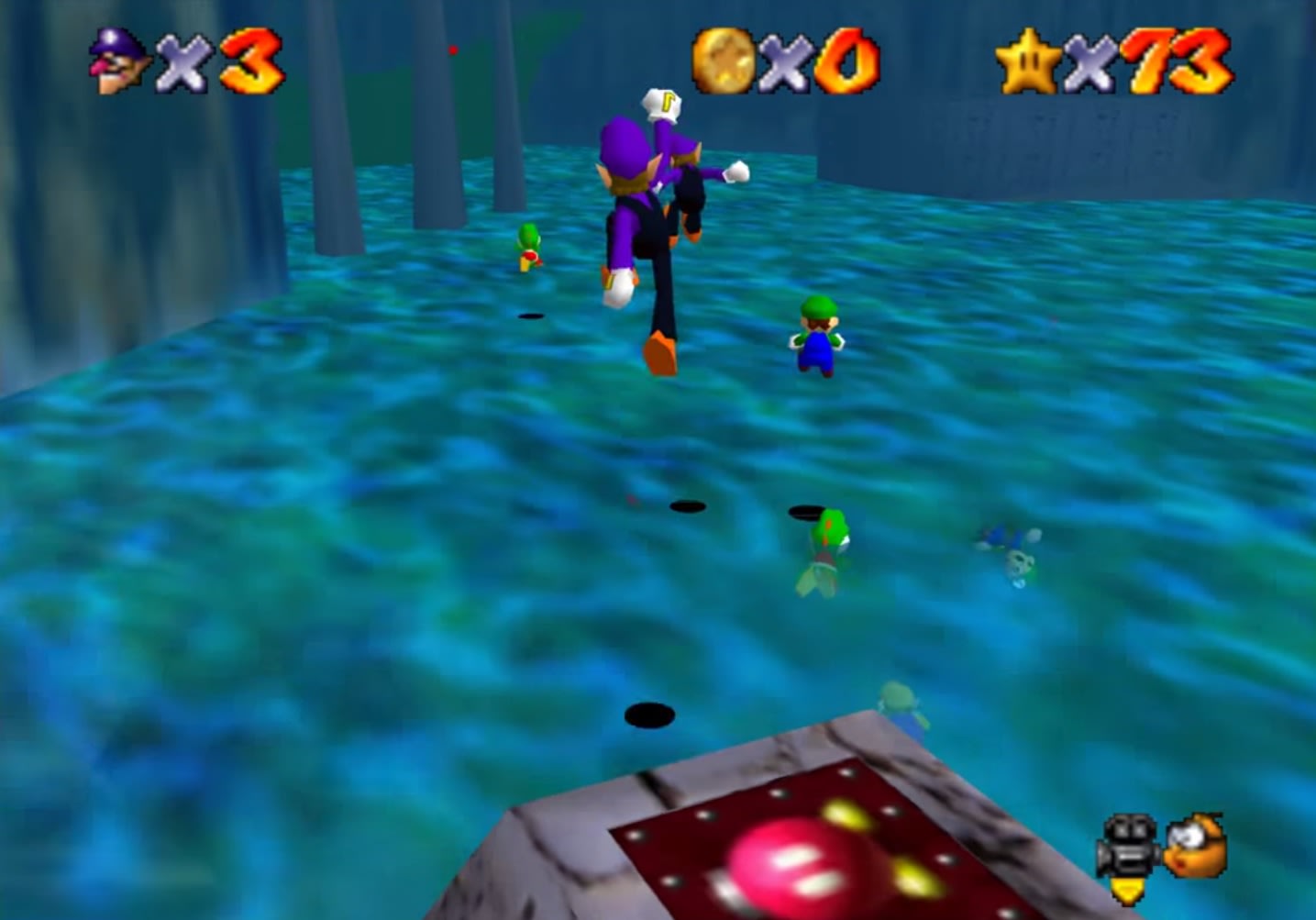 Check out the water screens on this page. Look carefully. Not only is the water translucent but you can see the Mario-eating fish starting to circle him.

Mario's come a long way since his first appearance in Donkey Kong. This version of the game will bring excitement to the players in the same way the very first Mario adventure did--with spectacular animation, challenging gameplay and most important of all..lots of just-plain fun. We can't wait to see more!