Can people change? It’s a question which emerges again and again over the course of a lifetime, and the enduring answer seems to be an unsettling and simple no. At least, not really. This is the theme explored in two vastly different tracks: “Circles” by Post Malone and “Circles” by the late Mac Miller.

In many respects, it would be quite foolish to group these two tracks together — as they exist at extremely dissimilar calibers. Yet, here we are. While these two tracks are an unlikely pairing, the stark contrast in their quality and moods actually helps bring to light their common, titular theme of progress and regression playing out in tandem across all stages of life.

The light, poppy “Circles”by Post Malone is a deviation from his previous hip hop oriented tracks. It opens with a floaty and melodic acoustic guitar, accompanied by a cyclic synth baseline which enters a few beats later. With an echoey and almost aggressive vibrato, Post chronicles the story of a romantic relationship going nowhere, with both parties continuing to repeat behaviors that aren’t working. They break up and get back together without making any changes, and though Post recognizes this, he remains complacent. In the chorus, he wails of a relationship which he continually invests in, only to reap sorrow: “Feed the flame ’cause we can’t let it go / Run away, but we’re running in circles / Run away, run away.” It is no wonder — given the fast pace and high intensity of Post’s circles — that there is little room for growth in the relationship he describes. This begs the question: If given more time for reflection, with the perceived wisdom of years gone by, can we learn to avoid life’s circles of pain? This is the question Mac Miller faces head on in his track “Circles.”

“Circles” by Mac Miller is much more grounded, subdued and moving. A similarly cyclic, yet clean and simple, baseline highlights the song. And it is accompanied by a whispering high-hat which ushers in a synth — creating a lush canvas for Mac’s vocals. Like Post, Mac is reflecting on a repetition of destructive patterns. Yet, the tone of his vocals is markedly more weary and mellowed. The lyrics of the first verse further solidify this tone: “Well, this is what it look like right before you fall / Stumblin’ around, you’ve been guessing your direction / Next step, you can’t see at all.” He even opens the track with a resigned and heavy “well,” which implies that, finally, he has come to a conclusion. From the moment they hear this, listeners know that he is about to impart wisdom. The use of the word “stumbling” creates a pointedly different image than Post’s use of the verb “running.” It is much more cautious and weak-willed. Unlike Post, Mac is not running away from anything in particular. Instead, he is simply trying to get a handle on navigating life’s many challenges. While the former “Circles” contemplates lustful and immature romantic relationships, the latter faces a more personal relationship with one’s own demons. This feels especially heavy in the context of Mac’s well-known struggle with addiction throughout his career. In one of the most stinging lines on the track, Mac sings, “And I cannot be changed, I cannot be changed, no / Trust me, I’ve tried / I just end up right at the start of the line / Drawin’ circles.” With this line, there is a type of tragic acceptance. Even when you slow down, even when there is intention and the wisdom of experience and even when you try your very best to make a positive change, life has a funny way of repeating itself.

There is also the question of blame, and the way life’s circles interfere with the paths of other people in our lives. Both artists address this question as well, but they approach it in decidedly different ways. The former “Circles” is, of course, centered around a relationship. While Post Malone clearly recognizes the pattern that they are repeating, he goes back and forth on whether or not it is his responsibility to break the cycle. In the first verse, he says, “I’ll be the bad guy now / But no, I ain’t too proud” — in reference to a potential decision to end the relationship. Yet he seems to contradict himself in the chorus, when he repeats “I dare you to do something / I’m waiting on you again / So I don’t take the blame,” thus putting it on the other person to end it. Miller, on the other hand, seems to take on this burden of blame alone. He pleads for those around him to accept life’s circles as he has. Rather than change, he stresses acceptance. We are all bound to repeat ourselves, so why feel bad about it? 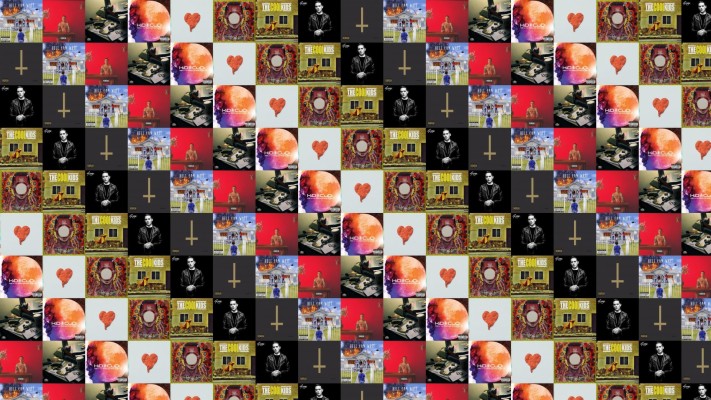 Anna Canny is a junior in the College of Agricultural Life and Sciences. She can be reached at [email protected]